Valve setting, insurance exam and on the move

Previous Next
Valve setting, insurance exam and on the move

61264 passed its boiler insurance exam and made its first moves today after 18 months out of traffic. A huge thank you to all involved both on the TBLT Engineering team and at the NYMR.

More photos from earlier in the week…… 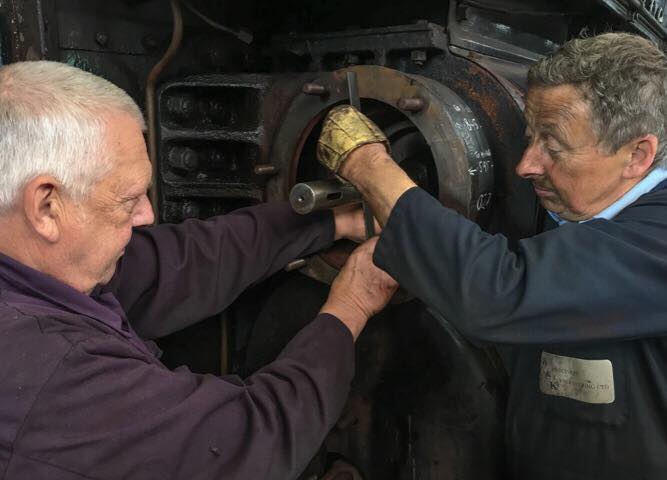 26/07/2016: Keith Pardey (L) and Steve Andrews (R) measure 61264’s left hand valve head. From calculations taken earlier, measurements have being taken from the valve head to the steam chest cover face, from this the required adjustment can be calculated. The valve timing is then adjusted by machining the spacer that is located between the back valve spindle and valve crosshead. Photo courtesy of Grosmont MPD / Adrian Dennis. 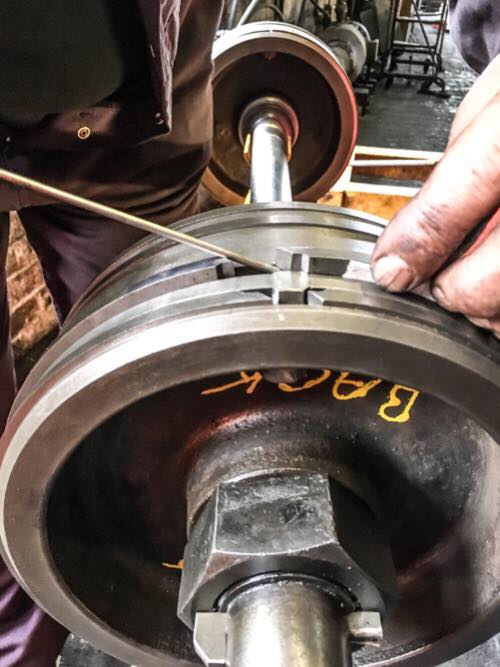 Once the valve events have been completed, new valve rings were fitted to the new valve head. Paper is fitted between the valve ring and valve head to compress the rings into place so the valve can be fitted into the bore. Once the valve is in position, final assembly takes place, then once the loco is in steam, the paper turns to mush and the rings release to the diameter of the valve bore. Photo courtesy of Grosmont MPD / Adrian Dennis. 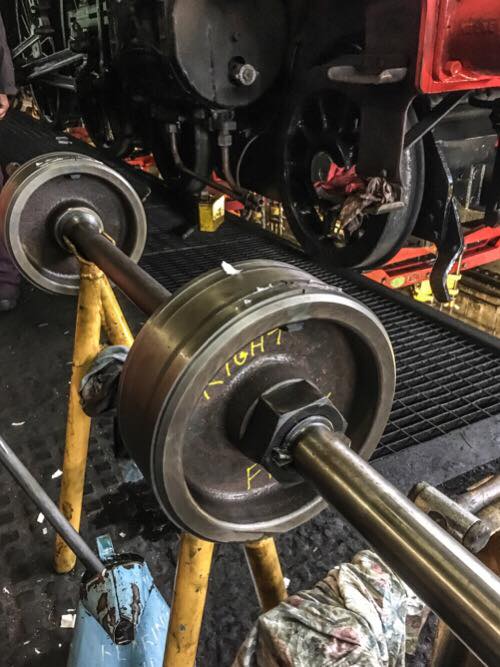 The ready to fit valve with paper fitted to hold the compressed rings in position. Also in the background, the loco is positioned on the NYMR’s portable weighing equipment. Photo courtesy of Grosmont MPD / Adrian Dennis.