After a very successful week at the KWVR Steam Gala, followed by the Whitby Flyer railtour, we were disappointed to find on returning to Grosmont that steam and water was leaking from somewhere on the superheater header. Our boilersmith, Mark O’Brien, inspected the header and found it was coming from one of the superheater elements. When the locomotive had cooled down, Mark removed the suspect element and found a small pinhole in the wall, which had worn very thin.

On reporting this to Steve Andrews it was decided to renew all the elements without delay.The elements take at least 10 weeks to be produced, but Mark knew that the owner of B1 ‘Mayflower’ no 61306 had just had some made and were in store at Adam Dalglish’s workshop waiting to be fitted once its boiler repairs were complete. After phone calls to David Buck (owner of 61306) he generously agreed we could have them as long as we replaced them within ten weeks. Mark immediately placed an order for the 24 elements with Thorne International at a cost of £15,200.

The MPD at NYMR agreed to fit the elements and Paul Middleton fetched them the same day and the boiler fitters Chris, Tom and Dave stripped out the old and started fitting the new ones. Unfortunately the main steam pipes had to come off to allow the elements to go out through the smokebox door. Work has gone well, but the elements had to be hand fitted as despite being made to the original drawing, as had our tubeplate, they did not line up.

The fitting and boxing up of the boiler was completed on Friday 8th April. The next day a successful steam test was carried out and the loco was out on the first Whitby service this morning (Sunday 9th April).

Our thanks must go to the shed staff at Grosmont for carrying out these repairs so quickly and efficiently allowing the loco to go back into service with the minimum of delay. 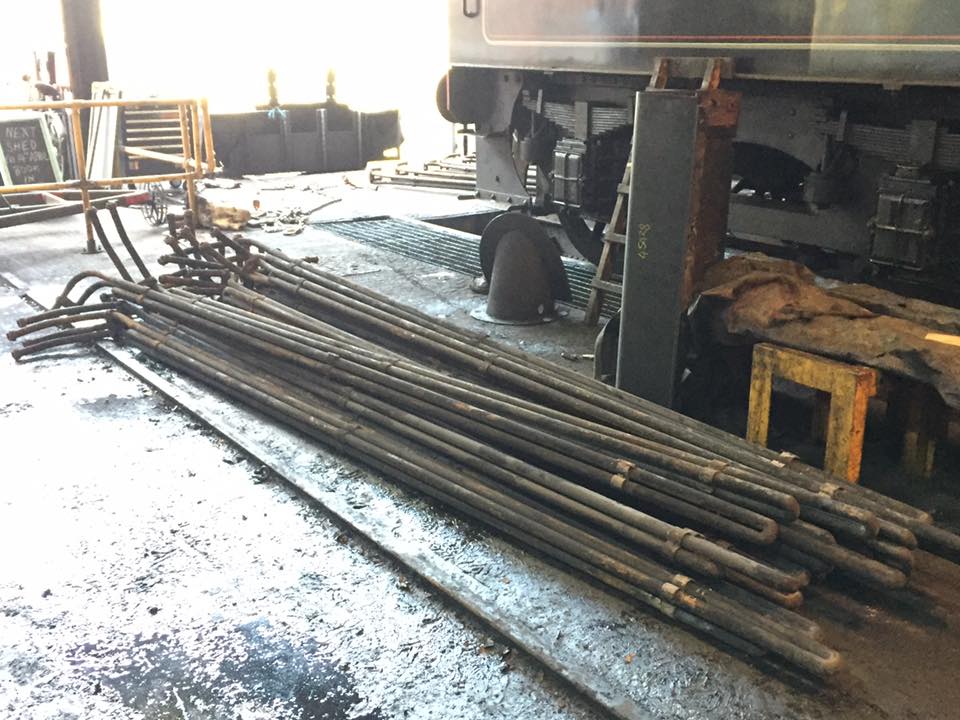 Above: the old elements. 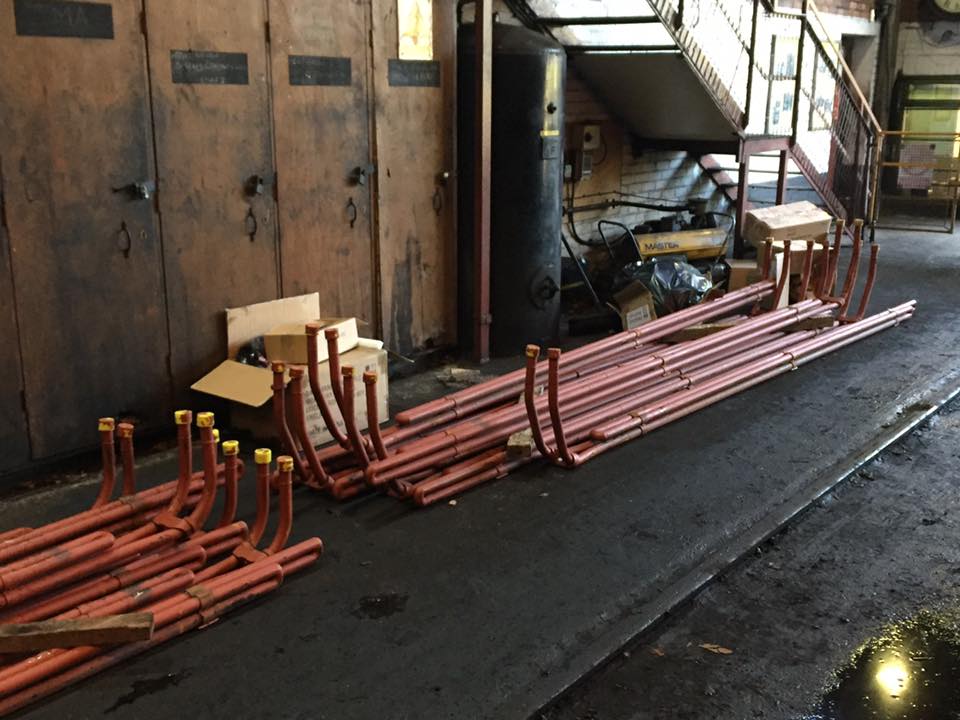 Above: the new elements. 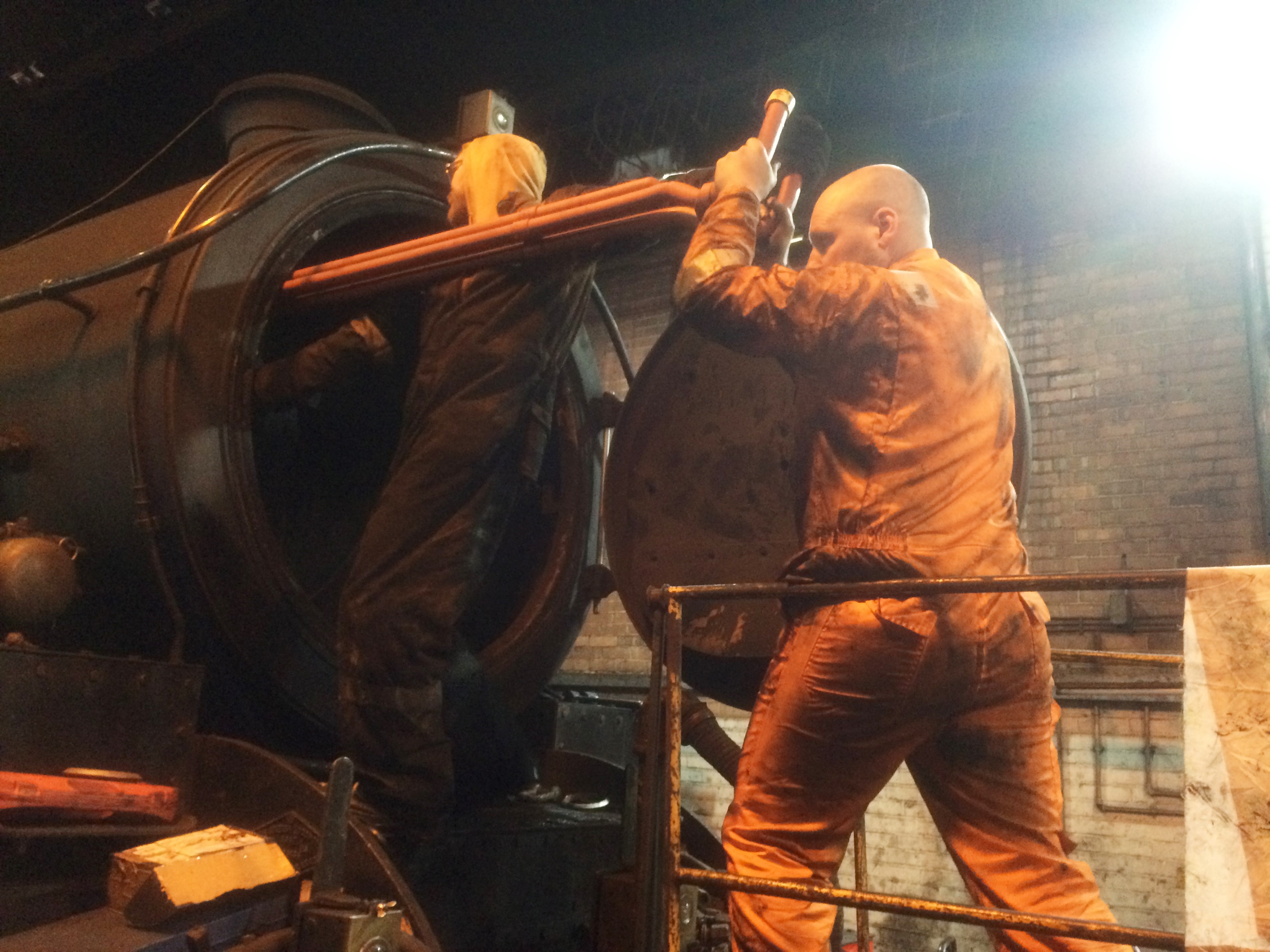 Above: Dave and Tom of the Grosmont shed staff insert one of the new elements into the smokebox. 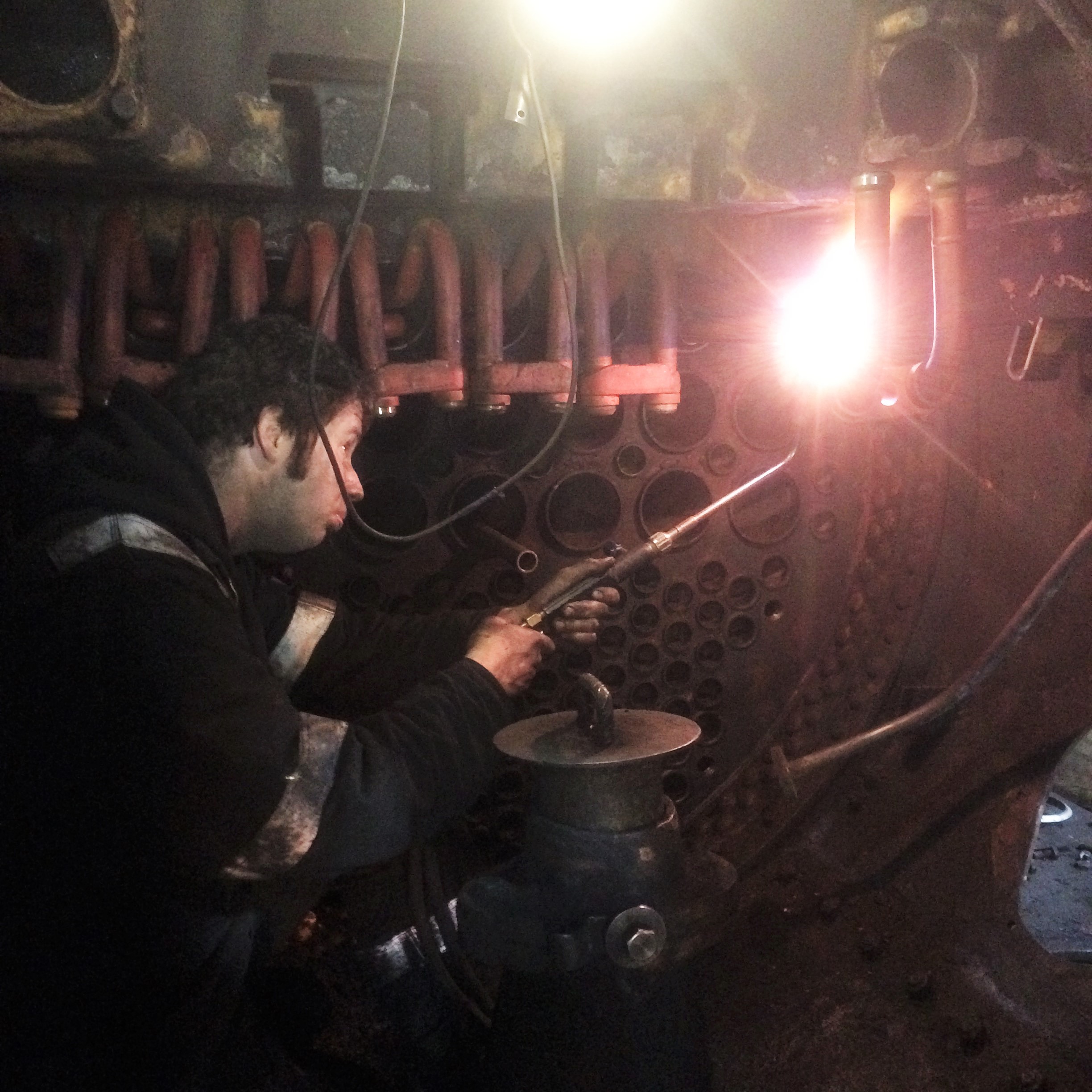 Above: Chris anneals (heats up) the elements ready for bending them to fit. 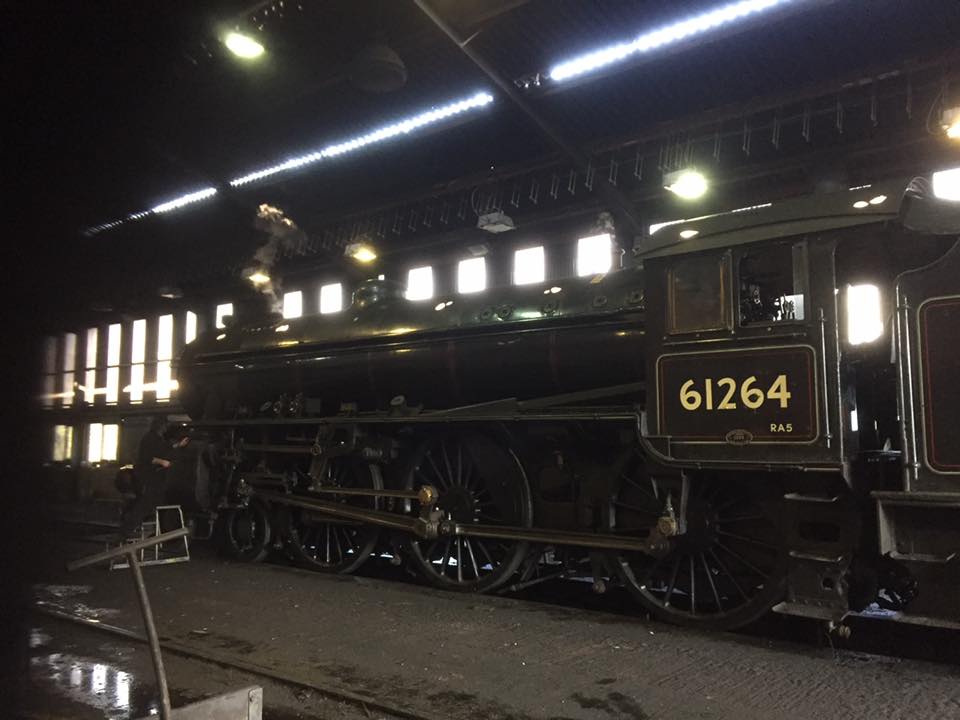